Phantasma – in collaboration with Chris Jericho and Semkhor – is proud to present the very first NFT drop from the world famous WWE & AEW wrestler, actor, musician, podcaster and television personality!

The best part? 20% of all revenue from the NFT sales will go directly to the Phantasma Artist Fund to help budding artists across the world! The Phantasma series showcases our revolutionary nesting technology to embed the design narrative directly into the NFTs.

Hashosi and Chris recently caught up to talk about his two exclusive and limited NFTs now released and available on Phantasma via Ghost Market!

Limited to just FOUR out of the total of 48 editions available (44 were ripped away at OpenSea prior to the Phantasma SmartNFT launch!). The four exclusive Phantasma editions feature the full high quality video along with an additional 11 infused NFTs showing the creation process and even a ‘Making of’ video NFT – that’s 12 NFTs infused into one! To top it all off, every buyer gets SOUL to stake and set their Phantasma wallet names, along with some KCAL to start minting their very own NFTs!

This Phantasma exclusive Chris Jericho “Painmaker meets Phantasma” NFT features the full high quality Phantasma exclusive video – AND the 11 infused NFTs showing the creation process and the ‘Making of’ video NFT, SOUL to stake and some KCAL to start minting your very own NFTs! With only 30 editions being available anywhere ever, this multi infused NFT is even more scarce!

For the full range of Semkhor NFTs available, check out their artist profile on GhostMarket:

Don’t have a Phantasma wallet yet?
Get it here!
Need some help getting started?
Explore here
If you run into a problem, do not hesitate to engage our live chat on this website, or reach out to one of our friendly community managers and community members in our Telegram community (see link at the bottom of this page) 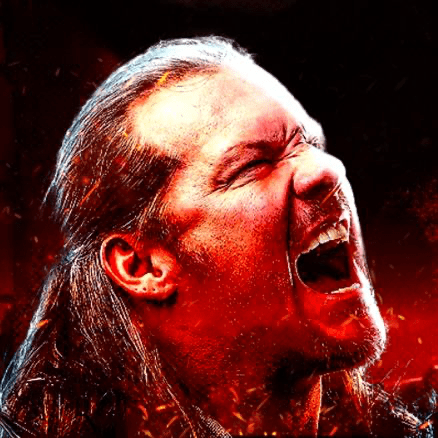 Acclaimed actor, wrestler, musician, author, podcaster and television personality Chris Jericho, has established himself as a multi-faceted performer with tens of millions of fans worldwide. Jericho is one of the most popular performers in the history of the wrestling business and was named one of the top five most charismatic WWE performers of all time by wwe.com. In January 2019, Jericho signed with All Elite Wrestling and is an integral reason why AEW is the hottest wrestling promotion in the world today. He currently appears every Wednesday night on the TNT Network as AEW’s top star, “Le Champion.” Jericho hosts the hugely popular “Talk Is Jericho” podcast on Westwood One, that has amassed over 250 million downloads over more than 700 episodes. Chris is the lead singer of the internationally successful rock band Fozzy, whose seventh album “Judas” has over 35 million streams on Spotify, while the hit single title track has over 48 million YouTube views and went to number 1 on the Itunes Rock Charts in 8 different countries, while spending 9 weeks in the top ten on the Mainstream Rock Chart. Jericho is also a four-time New York Times bestselling author with his autobiographies 2007’s “A Lion¹s Tale,” 2011’s “Undisputed,” 2014’s “The Best In The World” and 2017’s “No Is A Four Letter Word”, all describing his incredible journeys and life experiences in his trademark witty, self-deprecating writing style. His fifth book “The Complete List Of Jericho” comes out in June, 2021. Jericho’s acting credits include featured roles in the Kevin Smith films “Jay And Silent Bob Reboot” and the upcoming “Kilroy Was Here”, as well as memorable appearances in “MacGruber”, “Sharknado 3” and Comedy Central’s hilarious digital series “Nothing To Report.” Chris created, produced and starred in CBC’s critically acclaimed original series, “But I’m Chris Jericho.” Chris also has built his “Rock N Wrestling Rager At Sea” into one of the most successful theme cruises in the world today, with the already Sold Out “Triple Whammy” scheduled to set sail in October of 2021, from Miami to Grand Bahama Island.

Including step by step instructions on setting up your wallet and cross chain swapping assets.

If you run into a problem, do not hesitate to engage our live chat on this website, or reach out to one of our friendly community managers and community members in our Telegram community (see link at the bottom of this page)